The Rapid Rise of Toyota Forklifts

The success of Toyota in road vehicle manufacturing is well-known. Since the 1930s, they have been making cars that are best-known for their reliability and value, running parallel to, and providing stiff competition to US-based icons such as Ford and General Motors.

But what Toyota are not so well known for is their materials handling machinery. And the history of success in this sector spans decades, too.

Although the first electric/hydraulic battery-powered platform trucks were invented by The Pennsylvania Railroad in 1906, it wasn’t until over ten years later that the modern forklift came to be, aided by the invention and refinement of the wooden pallet. Yes, the humble wooden pallet was instrumental in the expansion and development of the motorised forklift. When this was standardised, manufacturers scrambled to produce compatible machinery. And of course, when Toyota identify an expanding market, they are there to manufacture no-frills yet reliable machinery on a grand scale.

Taking a leaf from innovators such as Clark Equipment Company, who reduced the size and increased the manoeuvrability of the original bulky Pennsylvania Railroad platform trucks, Toyota began production of their forklifts in 1956 from a plant in Japan, starting with the LA1 model. Only two years later, Toyota began the export of forklifts to the rest of the world. Since then, their plant network has expanded to occupy several locations on every continent.

In another example of tradition reversal – where western companies normally move their facilities to Asia – Toyota opened their first industrial equipment plant in the United States in 1990, in Columbus Indiana, to presumably cut down on shipping costs and to service North American industries directly. On April 9, 2015, Toyota Industrial Equipment celebrated the manufacture of 500,000 forklifts – a staggering 20,000 forklifts a year.Parallel to the design and manufacture quality of their cars, Toyota forklifts are built as straight-forward and easy to maintain vehicles. Safety checks can be easily and quickly carried out by their owners on a daily basis, and servicing can be done by just about any qualified authorised Toyota repairer in any country.

Request a call back 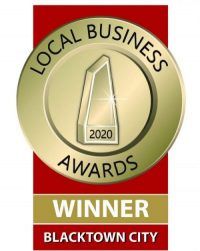